On break or back in school, children can learn from the land 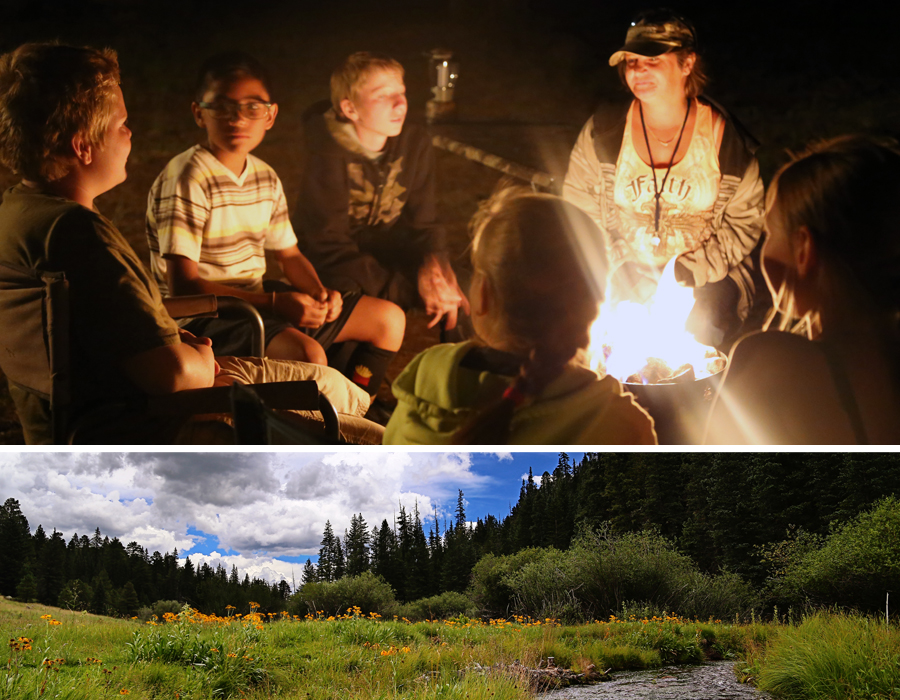 The start of the school year doesn’t have to mean the end of time outdoors.

Many parents, teachers and schools are finding ways to keep kids connected to nature all year.

“It may be even more important for kids to be connected to nature during the school year than just in the summer,” says Richard Louv, author of the new “Vitamin N: The Essential Guide to a Nature-Rich Life” (Algonquin Books) and the best-selling “Last Child in the Woods” (Algonquin, 2008).

“Amid all the focus on technology, we’ve been missing something quite elemental,” Louv says.

Just a walk through an urban park, he says, can help kids’ performance in school. “I can’t tell you how many times teachers who bring their classes into natural settings say that the troublemaker in class is the very one that turns out to have leadership qualities in the woods,” he says.

Sarah Milligan-Toffler, executive director of the Children and Nature Network, a Minneapolis-based non-profit, says that getting kids connected to nature doesn’t have to mean a major outing.

“There is something about natural environments that is really stress-reducing,” she says, “even if it’s just 10 minutes a day in a neighborhood parks or planting a pollinator garden.”

Many botanical gardens, parks and nature centers offer after-school and weekend programs, and are helping schools bring environmental awareness into the classroom, too.

School in Mamaroneck, New York, for example, have worked with a local nature preserve in the last few years to get kids from preschool to high school outside for science, says the district’s assistant superintendent for curriculum, Annie Ward.

“I know we’re in a time of standards, and so forth, but how do we help kids grow up with a sense of place, of regional identity?” she says. “Especially now, with all these issues being talked about — the rise of technology, of kids being hyper-scheduled — there’s particular power in being outside, in being close, careful observers of the natural world. There’s a sense of calm and a sense of being unplugged.”

Naturalists come to school and prepare kids and teachers for field trips, Ward says. Third-graders go to a nearby Long Island Sound beach to learn about tidal ecosystems. Fifth graders take pond samples to study under microscopes. High school students in an advanced placement environment class helped to remove invasive plants from a meadow at the preserve.

Nationally, a federal program, Every Kid in the Park, offers free admission to national parks and other public lands to the families of all fourth graders.

And many schools are beginning to realize the value of green schoolyards or gardens.

“Schools are public lands accessible to children, and too often the yards consist of blacktop that’s lock up at night, says Milligan-Toffler. Louv’s latest book outlines ways that families can advocate for more green space in school and form networks of families interested in getting outdoors. Particularly for older kids, he notes, outings are more enticing if their peers go too.

For parents looking for places to go as a family, Nature Rocks, a program of the Nature Conservancy, has a website where you plug in your location and the weather, and it will list ideas.

Louv notes that kids don’t need to come inside just because of the cold or rain; they just need to dress accordingly. In winter, he suggests, carry a fold-up magnifying glass to examine snowflakes; build igloos or snow forts; or go sledding or snowshoeing.

And even when kids are stuck indoors, they can start a windowsill garden, or put together an aquarium or terrarium.

“It isn’t about going back to nature, but forward,” he says.

We're not around right now. But you can send us an email and we'll get back to you, asap.